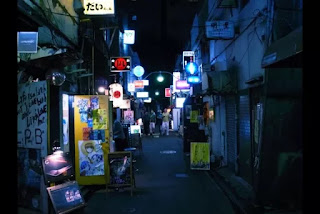 "He's Not Setting Out to Hurt People"
FROM NOTEBOOK #4
PART I
T.,

Sometimes I would rise at 3:00 a.m. and slowly pour myself a long glass of water, feeling the absence of others in every room of the house, savoring the creaks of the stairwell, breathing the dust, and I would see my face reflected on the panes of the kitchen drawers as I poured myself the glass, and I would ask to the silence, Who are you?

Sometimes I would be driving home from campus in the beat-up, discount Volvo and there would be a long-counting red streetlight where I wanted there to be none, and in those one hundred and twenty-or-so seconds sitting in traffic I would go over the events of the day, the minutiae and the banal commentary, and I would find myself gripping the steering wheel as if I were afraid it's made of gas and my hands were going to pass straight through it, like an illusion, and I would concentrate on this, on feeling an object occupy physical space, as a manner of reassurance. Years later I would realize that a rather deep and sharp dent on the northeastern side of the wheel was the place where I always dug in with the nail of my thumb in these times.

Sometimes I would finally feel consumed, as if the world could no longer gnaw at anything because there wasn't anything left, and in these times especially smoking gave me headaches and all my limbs felt sore, and I would sleep for ten or twelve hours at a time, starting in the early afternoon and rising, completely disoriented, at around midnight, only to undress and turn off the record player and go back to bed.

This was the worst winter of my life and B. knew it well. Whenever I had the energy we would drive aimlessly through the neighborhoods around campus and stop for cigarettes and beers, walking around in the magic hour, when sunlight is distilled and rushes between buildings, through clotheslines, permeating cars and apartments.

That was a relatively light time for B., whose taste in music had softened. He was listening to the Cocteau Twins and Mazzy Star, appropriate for our five-to-seven drives around the district. He was coasting on easy courses and going to concerts and seeing new people while I was completely withdrawn. The most active thing we did together was drive or play cards. I barely had the energy for conversation, which meant that few people could tolerate me aside from B. That was shortly after my fight with A. and my distancing from E., so we weren't going out much as a group. I remember B. tried to rope you into our excursions, but you were too busy pretending to be interested in your career.

You were too busy pretending to be interested in your career.
Publicado por L.B. en 14:43