Excerpt from Notebook 4: "Interview with J." 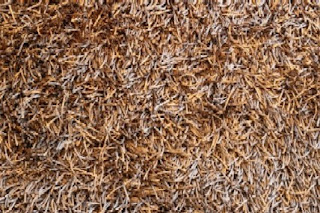 A few days ago I went up to J. and interviewed him about the incident with the haunted house, when he was a kid. The one that T. was also involved in. I said it was for a scrapbook project or something like that. He was really reluctant; he doesn’t like talking about it and he doesn’t like me very much, either. But I’ll transcribe what little I got out of him. T. is probably going to be mad.
So what do you think it was?
J: What do you mean? It was a dog, it was the guy’s dog.
Did you ever see it after that?
J: No, obviously I never wanted to go back to that house. T. didn’t, either. My dad went there to talk to the owner after it happened and they almost got into a fight, T.’s dad was involved, too. Dad was really, really angry about the whole thing at the time. He said he was going to poison the animal. But I don’t think he ever actually saw it, either.
He said he was going to poison it?
J: Yeah… You know, he was just really angry because my mom was really shaken up about it. But eventually the guy moved and we all forgot about it.
What about all the other strange things, though? T. said that these people did some kind of screaming therapy, and that they kept these strange birds around.
J: Those were peacocks. I think the couple wanted to turn their property into a sort of expensive countryside inn for foreign tourists, and they wanted to have a sort of petting zoo area, with exotic animals like peacocks.
How do you know that?
J: Well, years after the whole thing I asked around the neighborhood about the couple. They were just a regular European couple with no children, but they got a lot of visits. Apparently the husband was a member of one of those Mason-type groups. You know, like the Lions Society, but not the Lions Society. I think they mostly did charity work but they are also kind of New Age.
Maybe the Clan of Adoration?
J: Maybe. That sounds of kind of weird. I honestly don’t remember the name, it was a long time ago. Is that it?
Do you think your dad actually did anything to get back at the man?
J: What? No, of course not. What are you even saying? You know he’s in a wheelchair now, right?
[end]
L.B.'s Considerations
I know next to nothing about J., but I do remember learning that his father suffered an accident which left him a paraplegic some years ago. Apparently it was a fall from a second-story window or something.
Publicado por L.B. en 14:29